Brace yourself for record petrol price

Motorists will have to brace themselves for even more bad news, with petrol set to rocket to a record high price on Wednesday.

While we have all gotten used to fuel price hikes this year, this hike is particularly steep, and a bad body blow for both motorists and the economy in general. The DoE apportioned blame to the weak rand exchange rate.

The price was also heavily influenced by the rising global oil price, with Brent crude surging to over $85 a barrel –its highest price in four years.  This time around, the DoE was unable to intervene as they had in September when they temporarily provided some relief against a major fuel hike [Link to previous article].  With the South African economy currently in a recession, things are unlikely to turn around in the near future, so we will all have to “tighten our belts” and economise s much as we can in the foreseeable future.

To give you an idea of the impact that the petrol price hike will have on your pocket, here are some food items that are priced equivalent to a litre of petrol:

While things may seem bleak when it comes to the petrol price, things can get even worse if you don’t protect your vehicle against theft.  Give yourself peace of mind by purchasing a tracking device from Cartrack, where we have an audited recovery rate of over 90%. 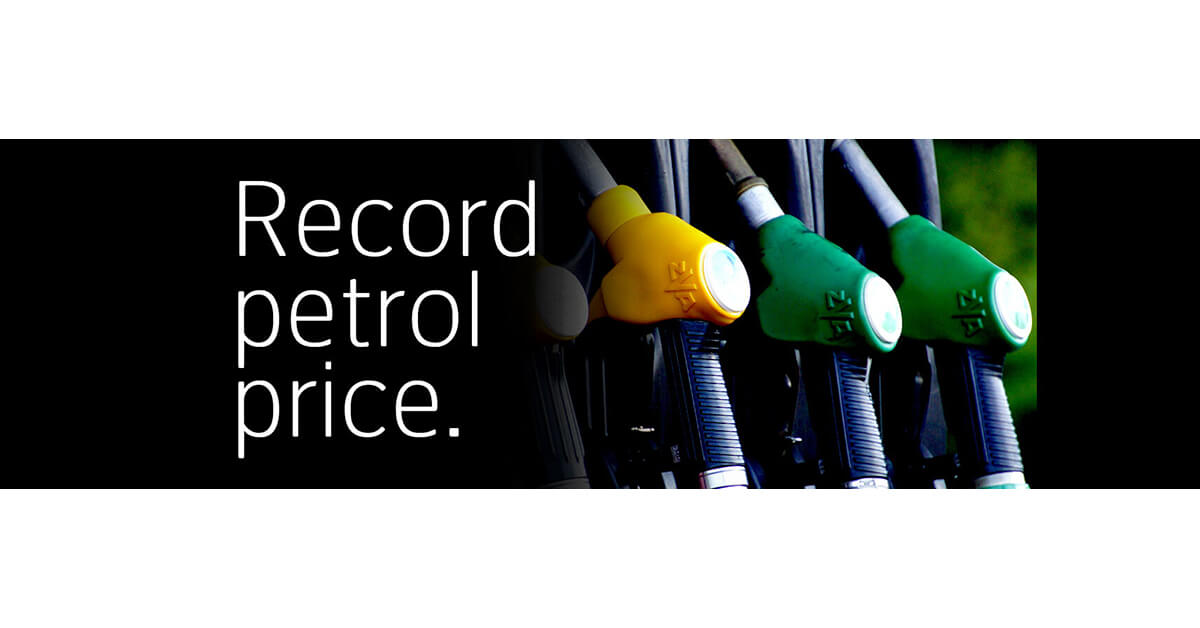 Motorists will have to brace themselves for even more bad news, with petrol set to rocket to a record high price on Wednesday.