The end of every month has many South Africans at the edge of their seats wondering if the following Wednesday will see them queuing up at the fuel pump to fill up on the last drops of petrol before the price increases, or if the fuel price will decrease, bringing much-needed relief to their pockets. Either way, petrol isn’t cheap, so owning a car that isn’t a fuel guzzler helps ease the pain of forking out cash to keep you on the road.

Fuel prices are expected to continue rising in 2022, according to PwC, so when shopping for a car, fuel economy is a key factor for many South Africans. Sure, a set of wheels that’s easy on the eye is catchy, but if you’re in it for the long haul, fuel efficiency is a big factor in deciding which car you’ll be driving off the runway.

What is fuel efficiency?

Car manufacturers use a standardised driving cycle to determine a vehicle’s fuel consumption. This is usually a simulated process that doesn’t involve driving on an actual road. The simulation includes periods of acceleration under load, coasting and idling.

Engine power and capacity affect how much fuel your car will need to get going and stay there. If you’re in the market for your first or next car, these are models that will help save you a few bucks when you pull up at the filling station.

Since its introduction to local shores in 2016, the Renault Kwid has remained a popular budget car in South Africa. Its size, standard features and fuel economy are some of the reasons why sales continue to climb as the French model continues to evolve.

Powered by a 1.0-litre, 3-cylinder petrol engine, the automatic Kwid claims to consume just 4.4 litres/100 km, while its manual counterpart has a claimed fuel consumption figure of 4.7 litres/100km.

Toyota’s legacy as a fuel-efficient vehicle brand is well-known by South Africans across all generations, and the new Agya is no different. The entry-level budget replaces the outgoing Aygo, which was also recently launched.

The Ayga’s naturally-aspirated, 3-cylinder 1.0-litre petrol engine is paired with either a 5-speed manual or 4-speed automatic transmission.

Like the Toyota, Ford’s fuel economy is legendary, and the Ford Fiesta may have transformed its shape over the years, but its fuel efficiency remains sought-after.

The compact hatch isn’t only spacious with decent specifications, but choosing the 1.5 TDCi version gives you an impressive claimed average of 3.3 litres/100km.

The Fiesta’s turbo diesel engine is powerful enough to get things done, without guzzling fuel, proving that dynamite does come in small packages.

Introduced over a decade ago, the Fiat 500 has had a few regular updates, both on the exterior and the interior. But the latest variations of the 500 give drivers looking for fuel efficiency in a speedy, stylish and sporty car a bang for their buck.

The latest versions include Dolcevita, Connect, Cult and Sport, which is claimed to use 4.5 litres/100km. Of course, this depends on how you drive the vehicle because it can go much faster, burning a lot more fuel.

Whether it’s your first car and you’re getting the hang of being behind the wheel, or you're experienced on the road, you’re likely to save on fuel costs in the 500.

Another master of transformation, Nissan’s latest version of the mighty, but minute Micra boasts a 1.0-litre 3-cylinder engine - the most affordable of the Micra range, with a claimed fuel consumption figure of 5.0 litres/100km.

The Micra also comes in a smaller 0.9-litre, 3-cylinder turbo petrol engine which is less fuel efficient at a claimed 5.1 litres/100km.

When Datsun made a comeback into the local market a few years ago, the catchy colours and safety concerns overshadowed the positive aspects of this Japanese economical machine.

The Datsun Go, available in Mid and Lux, manual and automatic is fitted with a 1.2-litre petrol engine and paired with a Continuously Variable Transmission (CVT).

The safety snags have been fixed and the newest version comes with excellent fuel economy, with a consumption of only 5.2 litres/100km.

The Hyundai i20 may have gotten an upgrade with the Active version of the hatchback riding a full 20 mm higher from the ground (at 170 mm) than the original, but its fuel economy is still pretty impressive.

The claimed fuel consumption for the Hyundai i20 Active 1.4-litre engine comes in at a decent 5.0 litres/100km.

Toyota recently introduced the Starlet in collaboration with Suzuki. The naturally-aspirated 1.4-litre hatchback comes in 5-speed manual transmission or a 4-speed automatic transmission.

The automatic version of the Starlet, isn’t as fuel efficient as its manual counterpart, but still competes with the best in the economical bunch at the petrol pump, coming in at 5.4 litres/100km.

Both engines are available in 5-speed manual and 4-speed automatic transmission, but the manual options are the most fuel-efficient with Kia claiming 5.0 litre/100km.

As the only car on the list that's both fuel efficient and retails at a starting price that is well under R200 000, the Picanto is an economical long- and short-term investment.

Fast cars and fuel efficiency just don't sound possible in one sentence. You think VW, you probably think Golf and that popular hatchback brings images of drag racing and other petrol burning antics.

The Golf’s more pocket-friendly alternative, the Polo GTI may sport a 2.0-litre four-cylinder engine, but in the right hands (or foot, rather) those pedals can do less damage to your fuel tank, with a lighter right foot.

The Polo GTI’s claimed 5.9 litres/100km is pretty high, compared to others on the list, but if you do more driving and less racing, you can enjoy the benefits of a powerful car that’s light on fuel.

‍Work on your habits behind the wheel

Your car could be the best at saving fuel, but how you drive it also plays a part in how much you spend at the garage. Harsh acceleration, sudden braking, speeding, driving at inconsistent speeds and extended idling are all driving behaviours that can increase your car’s fuel consumption.

A smart telematics solution like Cartrack monitors driver behaviour, helping you see where the fuel wastage is. Whether you need to slow down when approaching the robots, or  take the less scenic route to work, your driving information is available on the Cartrack app to help you manage your fuel consumption smartly.

With a Cartrack tracking unit in your car, no matter how far your car can go on a tank of fuel, you can rest assured that our digital eyes will always have it in sight. Contact us today for ultimate peace of mind and find out why #DriversLoveUs 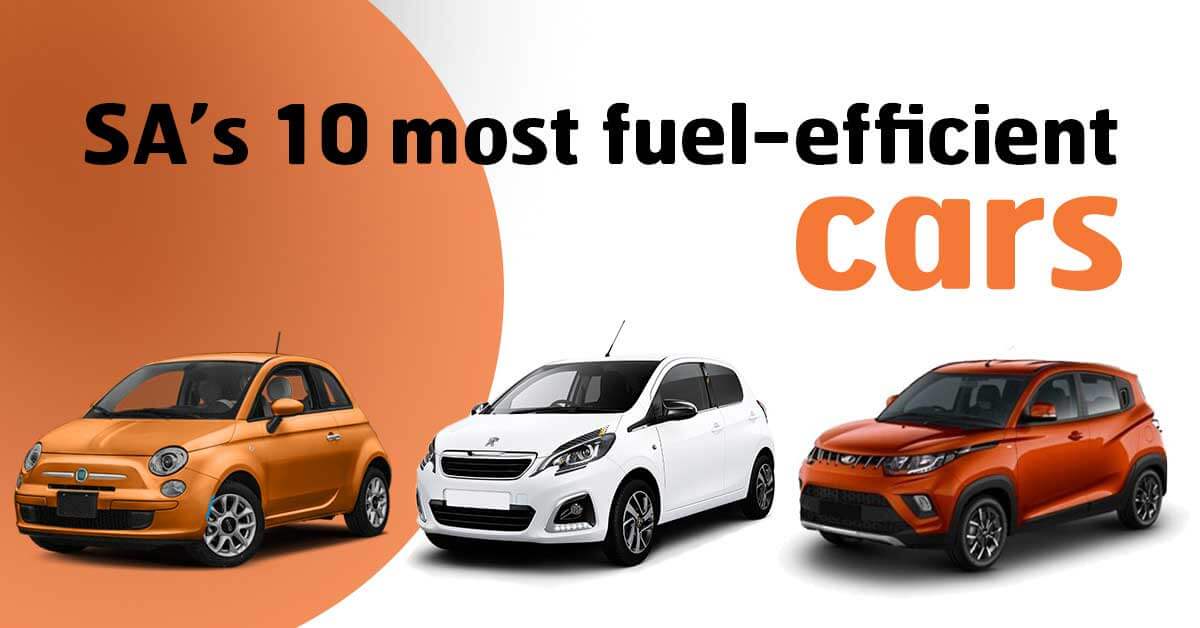