7 songs every road trip playlist should have

A drum solo or air guitar may be your first reaction to hearing your favourite song come on the radio, but unless you’re riding shotgun, you’re going to want to keep your hands on the steering wheel while enjoying “your song” on the road.

Whether you’re into 80s rock ‘n’ roll, 90s pop or the contemporary tunes of the noughties (or even a little bit of everything), music is the best on-the-road companion on those long winding roads to your holiday destination.

What makes a great driving song?

Well, it all depends on where you’re going and your mood, right? Not necessarily. Some songs are so versatile they sound just as great on a road trip to the coast as they do on a drive to the bushveld.

Meanwhile, the mere sound of a song you hate can bring up some bad driving behaviours, according to psychology. "Listening to music you don't like can cause stress and distraction and this also negatively affects driving," says psychologist Dr Simon Moore..

Whether you’re heading out for a weekend away or your annual summer vacay, here are some songs that’ll make the drive there one of the highlights of the entire trip:

What better way to start off the adventure of a lifetime than local legend Black Coffee’s collaboration with iconic dance music DJ David Guetta? The duo’s electronica meets South African house 2018 hit features the vocal talents of Delilah Montagu. Described as cool and sensual, dark and melodic, Drive is exactly what you need to hear as you head out for an adventurous few hours on the road.

2. Return of the Mack - Mark Morrison

An oldie but a goodie, this R&B track may be about heartbreak, but it’s a jam. The 1996 Mark Morrison song is about a guy bouncing back from a breakup and showing his ex that he’s made it without her. But, if you’re not interested in the lyrics, the rhythm is enough to keep you going behind the wheel.

3. By Your Side - Calvin Harris

Switching to a more current tune, the quirky sounds of Scottish DJ and producer Calvin Harris featuring English singer Tom Grennan are the perfect way to drive towards the halfway mark of your journey. The electronic dance music (EDM) notes give your drive an upbeat boost and energy for the road ahead.

You could replace this with any Coldplay song, really, but what makes this one special is the fact that the video was shot right here in sunny South Africa. Also, during a long drive it’s nice to remind yourself that the journey will be worth it when you get to the destination - which, if you chose correctly, should be pretty close to paradise.

Hopefully you’re halfway there by the time this 2004 hit comes on. The fourth single off American pop-rock band Maroon 5’s debut album Songs About Jane is just one of the songs you could drive along to. The entire album actually works well as a road trip playlist on its own.

Try to resist the urge to drum solo to the breakdown and stick to singing along to the “driving slow on Sunday morning” part that’s guaranteed to give you the push to make it to the second half of your road trip. ‍

How about a little Jamaican dancehall to accompany the rolling hills on the rearview mirror and the rest stop ahead? You may only be able to sing along to the “na na na na na na na na” part of the catchy tune, but there’s no denying that this one-hit-wonder belongs on your playlist as the destination gets closer.

A little more Adam Levine has never hurt anybody. If you have kids, they are going to love this one as it’s a familiar song from PAW Patrol: The Movie (2021). If everyone’s getting a little cranky, hot and screaming “are we there yet?”, this feel-good tune should put everyone in a “good mood” as you pull up to your home for the next few days or weeks.

Hit the road and #ExploreMoreWithCartrack

Now that your playlist is ready for your road trip, it’s time to get going. If you’re wanting a little something extra to help ‘fuel’ your trip, we’ve got exactly what you need. We’re giving you the chance to win your share of R25 000 in fuel vouchers when you join Cartrack before the 30th of June 2022. Simply join here. Get ready to #ExploreMoreWithCartrack! 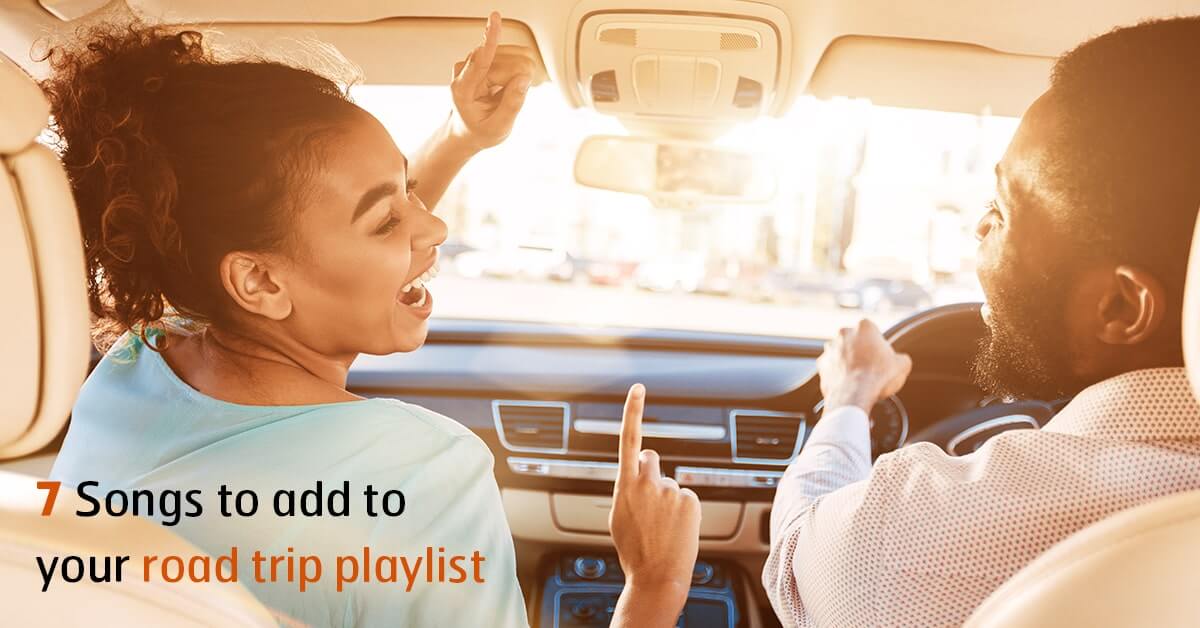 Whether you’re into 80s rock ‘n’ roll, 90s pop or the contemporary tunes of the noughties (or even a little bit of everything), music is the best on-the-road companion on those long winding roads to your holiday destination.